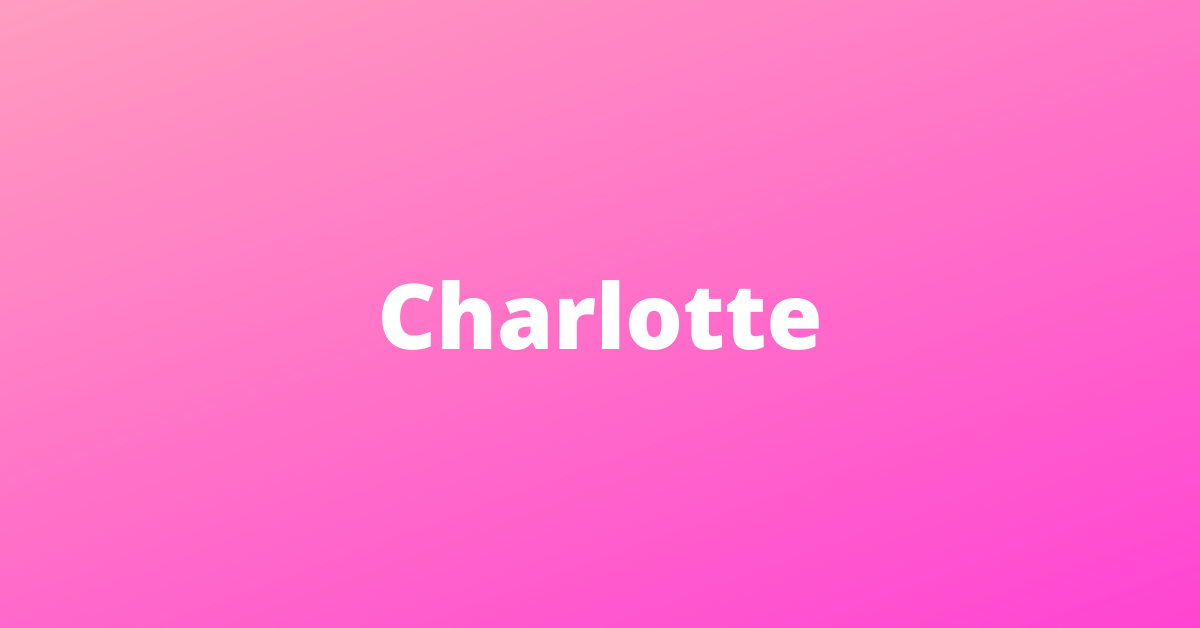 One of the most challenging but most exciting things about welcoming a new life into your family is choosing the name.

You need to make sure it sounds great for both a baby and an adult and that the meaning of the name works with how you’d like your baby to grow up.

Charlotte is a beautiful name originating from France. It means “strong woman” and is the female version of Charles.

It became popularized in Britain in the 17th century, being a favored name throughout the descending lines of the monarchy.

If you’ve chosen Charlotte as your baby’s first name, you’ll need to decide that you’re happy with the nicknames that your baby will inevitably end up with, and you’ll also need to find the perfect middle name to match.

First, Some Nicknames For Charlotte

Always make sure you’re happy with the name that your child is going to get from their friends.

Charlotte is a relatively long name, and you need to be prepared for people to shorten it.

Here are some of the possibilities that you might need to encourage or avoid, depending on how you feel about them:

Choosing A Middle Name For Charlotte

Now that you’re 100% happy with the name charlotte and you’re comfortable with all the potential shortened versions, you’ll need to move on to selecting a middle name.

Middles names aren’t a necessity, but they’re nice to have and an opportunity to use a couple of the great names that you had lined up all at once.

The options are endless, but make sure you choose wisely; your baby will have to live with the names you choose forever.