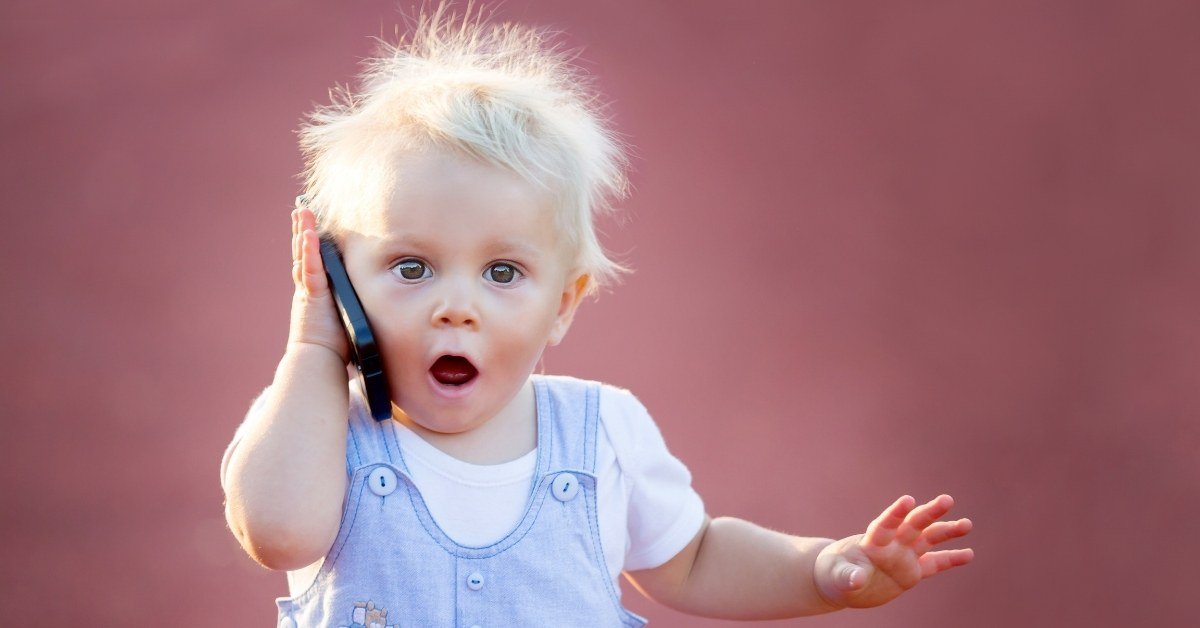 People love to warn you about the impending changes saying things like “you just won’t understand until you have one of your own,” and, while it may seem cheesy, the sentiment is mostly true.

You don’t really understand the new heights that worry can reach or the depths of overwhelm until you’ve brought a child into this world and find yourself googling for a DIY saline solution to shoot up your child’s nose the first time they get a cold.

Most parents are concerned with their child’s development, with the proud few boasting that their baby is further along than most.

When it comes to language and speech, it’s important that your child is developing on par with the developmental markers.

It doesn’t mean that once your baby turns one, he will start speaking in full sentences, but there are different development steps and stages that parents should be aware of.

How Many Words Should An 8-Month-Old Baby Say

At eight months, babies are still babbling and mumbling most of the time and using non-verbal forms of communication even more.

An 8-month-old baby will learn to shake their head yes or no and may even point to their favorite stuffie at bedtime.

You might notice that your child repeats the same sounds and noises as they begin to mature.

Babies at this age might have learned one or two words like “mama” or “dada,” but they are still preparing for their big speaking debut.

The more that parents can associate objects with the words they encourage their baby to learn, the better off they will be down the line.

If you notice that your child doesn’t respond to sounds, music, or talking, that would certainly be a cause for concern at this age.

Babies will typically coo, mumble, and babble anywhere from 4 to 10 months before they start spitting out words that adults may be able to understand.

If you notice that your child doesn’t coo, babble, or attempt to make a lot of noises, it might be a good idea to discuss the things you notice with your pediatrician.

How Many Words Should A 12-Months-Old Baby Say

By this age, babies should have made a teensy progression into more understandable language.

Babies who are a year old should be interested in imitating speech sounds and will likely try speaking like their caregivers.

They will turn and look in the direction of a sound when they hear one.

These words are simple, one or two syllables, and may still be a little bit unclear to adults who don’t know your specific child.

Children at this age will know simple instructions like “come here” and will be able to recognize a few common words like “shoe” or “bed.”

Some babies may take a little bit longer to start making sense of the words they say.

If parents notice their child is lagging behind a bit, they might rush to the doctor without necessity.

Professionals agree that if babies can make sounds like “ba” or “da” and don’t suddenly lose the ability around this age, they will likely still progress.

Parents might start growing concerned if their child doesn’t seem interested in imitating their speech or sounds they make because those things are what helps children learn a language in the first place.

If children do not attempt speaking or do not seem otherwise interested in verbal communication at this age, I would highly recommend talking to a professional.

How Many Words Should An 18-Months-Old Baby Say

Children who are 18 months old should have much-improved language skills than they did six months prior, as this a huge time of development for most babies.

Children should be able to recognize the names of familiar people, objects, and body parts.

Parents should also be able to give their kids simple directions accompanied by a hand gesture or pointing, and their child should be able to understand.

Babies at this age can say as many as ten different words, but they might not be clear, and adults may still have a tough time understanding them.

Vocabulary builds slowly for children, and typically after they can say one word, they will try for more.

Nouns are easiest for children to learn because they don’t change in many contexts.

Children who are struggling to articulate words clearly might need a little bit of extra support from caregivers in the way of reading and speaking.

If you notice that your child is not speaking words clearly or making sense at all, it might be time for outside help.

Children at this age so are able to understand one-step instructions like “get the toy,” and if they can’t understand or execute the task, it could be a warning sign that your child needs professional support.

How Many Words Should A 24-Month-Old Baby Say

By the time children reach two years old, they will have made leaps and bounds in their speech and communication.

Two-year-olds should be able to understand simple commands and answer simple questions.

Children at this age might even start asking simple, two-word questions like, “go bye-bye?”. They will also be able to use simple phrases like “more snack.”

Kids at this age can string as many as four words together, though they don’t always make sense.

By the age of two, your child should know about 50 different words and speak well enough to be understood by adults.

Linguists call the period that precedes this by a few months (typically babies around 20 months old) have a language explosion where kids can learn up to 9 new words every day.

The new ability to speak by age 2 is partially responsible for the terrible-2’s that parents typically talk about. Now, kids are whining, crying, and talking non-stop.

Children at this stage listen to their parent’s every word in an attempt to imitate it.

If you notice that your child isn’t trying to use language to explain emotion, doesn’t try to imitate your words or language, and isn’t learning any new words over the span of days or weeks, it might be a red flag.

You don’t need to count every word that your toddler says in an attempt to keep track.

However, if you notice that your child isn’t talkative and doesn’t seem to be expanding their vocabulary over the span of a week or two, it would be best to talk to a professional for help.

Babies will always progress at their own rate and on their own time.

Just because one child is advanced for their age doesn’t mean that they will end up being smarter or better than any other child.

However, if you’re concerned that your child is falling behind and nothing that you do seems to help, it’s okay to talk to your doctor or a speech professional to get help.

When it comes to speech and language, it’s important to intervene as early as possible if there is a delay.

This way, your child won’t miss important schooling milestones and will be able to catch up to peers before a gap gets too large.

Remember, there is no shame in asking for help. You’re a parent, after all, not superman!