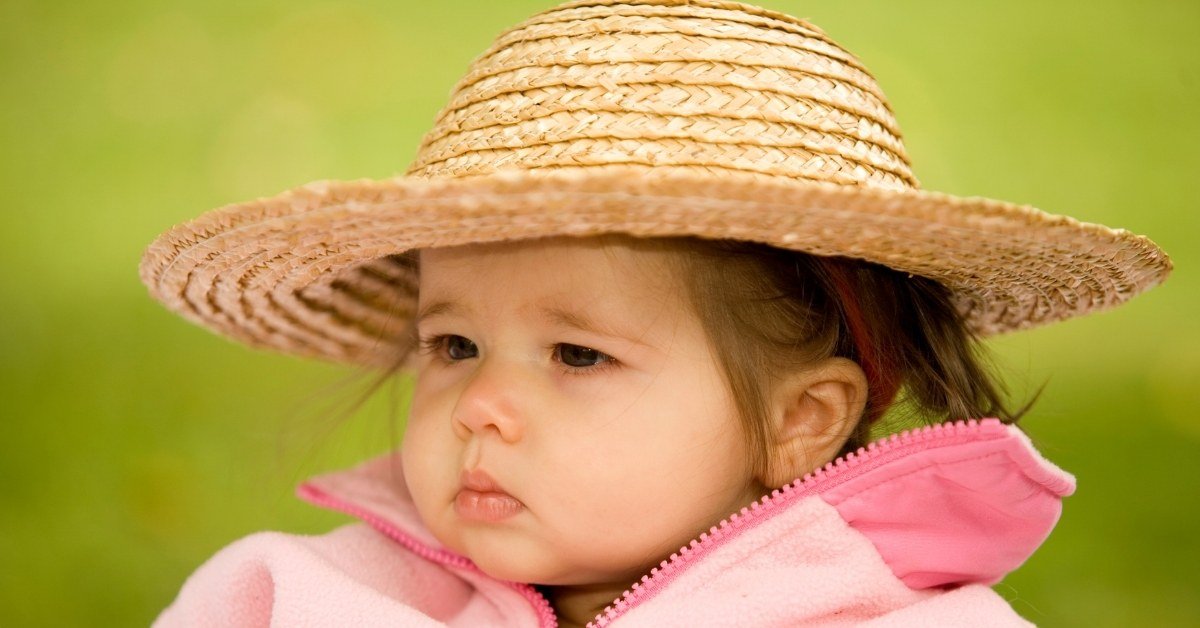 If you’re a new parent or you know someone with a newborn, you might have noticed that babies tend to stare at things for an awfully long time, much longer than any adult would or could without blinking.

Babies staring can be a concern for new parents as it’s a common misconception that this could mean that there’s something wrong with their eyesight.

Because of how commonplace baby staring is, some people might even get a little paranoid, asking themselves, ‘why do babies stare at me?’

Is It Normal For Babies To Stare?

It is entirely normal for babies to stare, and the behavior should lessen as they grow.

A baby’s eyesight is pretty poor to begin with, and you should start to see the staring behavior change over time as they start to see a little better.

Baby staring is actually a good thing as it allows them to develop their knowledge and understanding of the world around them.

(If you’re interested in baby development, read ‘when do babies start talking‘.)

If The Baby Staring Continues…

Babies may stare up until around 6 months old depending on the speed of development.

The more sensory objects and experiences you expose them to, the faster their brains can adapt and learn.

If your baby continues to stare just as frequently after this time, you might want to consult with your pediatrician to make sure everything is okay with their eyesight.

When To Worry About A Baby’s Sight?

Although a baby’s vision works very differently from an adult’s, there are certain signs that you’ll need to look out for to make sure that nothing’s wrong.

Staring usually isn’t one of these.

1. It’s pretty standard for babies to have a slight misalignment in their eyes at first. You may notice that it looks like they’re trying to look off to the side a little or that one eye is slightly off-center in comparison to the other.

This is normal and generally corrects itself very quickly. However, if you notice that one of your baby’s eyes is off-center all the time, take them to a pediatrician.

If it’s caught early, eyes can be realigned using patches to correct their sight.

2. At 4-5 months of age, your baby’s vision should be able to track movements, which is the very reason that they stare, as the action is what interests them.

For example, your baby should be able to follow your finger from a foot away from their face. If you get no reaction, then you may need to seek medical advice.

3. If you see that your baby’s pupils appear cloudy, this may indicate that something is wrong. Even at an early age, babies should have perfectly clear, black pupils just like an adult’s.

So, Why Do Babies Stare?

There are a few reasons that babies might stare excessively at people or objects.

1. Their brains are growing incredibly quickly, and they aim to take in as much information as possible to help them develop.

So the more people and objects that they’re exposed to, the faster their brain will grow. This is why sensory toys are great for babies.

Things with bright colors, noises, and different textures really help to add to their early experiences.

2. Newborns don’t have great eyesight and are sensitive to light. As a result, they can only see things right in front of them and have minimal peripheral vision.

They’re also very short-sighted; their long-sight vision only starts developing at around 3 months.

This makes them appear to be staring when actually, they’re just trying to get a better focus on something in front of them.

Objects that move are particularly fascinating to babies.

The different ways in which things move and the result of that on the environment around them helps them to generate better depth perception.

So you’ll often catch them staring at repeated movements, such as fans or swings for long periods to take in information.

Their depth perception will start to develop properly at around 4-5 months, so you might begin to see staring increase around this time, especially when they’re paying more attention to objects in their line of sight.

Babies often smile when looking at moving objects as they enjoy the sounds or color changes.

However, if you find that your baby turns away from a moving object, it might be because their brain is processing too much at that moment, and the movement appears confusing.

Colors that contrast next to each tend to draw a baby’s attention; this is why most baby toys are brightly colored.

However, they may also be drawn to other objects around your home for this exact reason.

For example, if your couch is in stark contrast to your walls or carpet, it might appear that your baby is staring at the couch for an extended period which seems odd to an adult that would be more used to this.

It’s often why people find it a little creepy that their baby is staring at the corner of the room. They’re probably just admiring your furniture, not looking at a ghost, so don’t worry.

Babies love objects that make different noises; this is why rattles and other sensory toys are among their favorites.

Staring at things that make noises is common as it helps a baby associate that noise with that object.

They may also be staring because the sound and color combinations trigger a recall in their memory, as they’ve seen that combination before.

The staring helps them to develop and strengthen memory recall.

Staring at people helps with a baby’s development as they learn the difference between different faces.

This can help them differentiate between Mom and Gran or Dad and Uncle, helping them develop family ties later on.

A baby will focus on the different features for each individual, trying to understand that Daddy has a beard while Uncle Jim doesn’t.

Do Babies Stare At Attractive Faces For Longer?

Studies have shown that, yes, babies do stare at people more if they think they’re more attractive.

A group of university professors presented babies with people who met societal expectations of beauty, alongside people who were considered less attractive.

They found that babies would stare at the more attractive test example for much longer.

However, babies don’t hold societal views on beauty, and it may just be that they find something about you fascinating.

Perhaps you’re different from other people that they’re used to.

For example, if you have a beard, wear glasses, or have a different hairstyle from the people that they see daily…

They’re more likely to stare at you because they’re interested in your appearance. It’s the same reason that babies always seem fascinated with long hair.

So, if you’re constantly asking yourself the question, ‘Why do babies stare at me?’ you should take it as a compliment.

Babies stare at you because they think you’re fascinating.

Why Do Babies Stare Into Your Eyes?

Before the age of 3 months, babies have extremely limited vision and are more easily able to see things that are right in front of them if they’re colorful.

When you’re holding them, they’ll be naturally drawn to your eye color, as it’s something that stands out from the rest of your face.

Why Do Babies Stare At You And Smile?

Babies are completely innocent to everything going on globally, and everything around them is good until proven otherwise.

Babies smile at you because, well, why shouldn’t they?

They don’t yet understand all of the social norms we use, so smiling and direct eye contact is the best way to get your attention.

It’s also possible that they just like the way you look, which is always a good thing.

It would be best if you smiled back; this reassures them that the interaction was a good one, and you can develop your great relationship from there.

Why Do Babies Stare At Walls?

If your baby seems to be staring at the wall a lot, it’s nothing to worry about.

Why Do Babies Stare Into Space?

During the first three months of a baby’s life, their brain grows by around 64%.

Humans, unlike other animals, have an underdeveloped brain at birth because it allows for the birthing process to run more smoothly.

This explains why other animals can immediately get up and run pretty much as soon as they’re born.

However, as humans look after their babies completely, there’s no need for this.

Instead, babies need to develop exceptionally quickly after birth to increase their strength and resilience to the world around them.

Because of this rapid growth, your baby is taking in many new things all in one go.

Staring into space or at nothing in particular usually means that they’re processing information.

For this reason, you should allow their staring time to continue without distraction. It means that they can fully process everything that’s happened to them in the last hour to effectively learn from those experiences.

So, if you find yourself passing babies in their strollers constantly thinking, ‘why do all babies stare at me?’ then you should absolutely take it as a compliment.

The baby either feels that you’re interesting to look at, that your outfit has excellent contrasting colors, or that they want to start some interaction with you.

You should encourage this right up until the 6-month period.

Remember, the more staring they do, the more they’re having to process, which means their brains are growing and developing.